The Longest paddle board journey 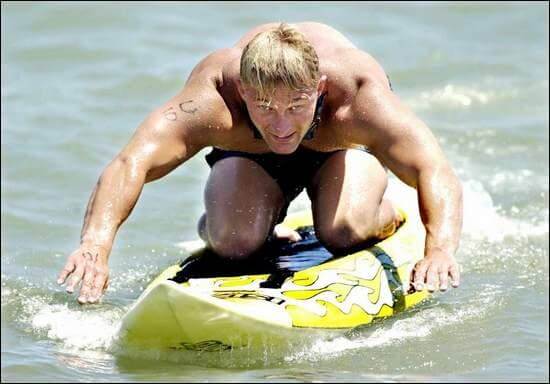 Wyatt Werneth with a group of supporters set out from the beach at Miami Beach Florida on a journey that would take nine days to complete, for awareness during National Beach Safety / Boating Safety Week 2007.

The mission was drafted to support National Beach Safety week and attempt to set a world record:

The Longest paddle board journey up the coast of Florida.

Wyatt’s goal was to go non stop for 24 hours and attempt to set a paddle board record for the distance covered in 24 hours on top of the longest journey.

This was completed at 103 miles from Miami Beach to Jupiter Inlet. After strong winds and rough surf became unsafe Wyatt left the gulf stream which is 6 miles off shore and kept to safer waters.

After nine days Wyatt reached Jacksonville Beach, for a total of 345 miles.

Record description : Wyatt Werneth , a waterman fond of swimming , with a group of supporters , covered a distance of 345 miles in nine days on a paddleboard .

The covered distance was between Miami Beach and Jacksonville Beach .

The aim was to support the National Beach Safety week and to achieve a new record on the paddleboard .

Wyatt Werneth , that is a Coast Guard Reserve and the Chief of Brevard County Ocean Rescue , successfully vanquished , although there were strong winds and unsafe surf .